Previous Event
Event 29 of 37
Next Event 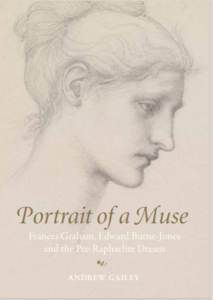 Portrait of a Muse: Frances Graham, Edward Burne-Jones and the Pre-Raphaelite Dream

In conversation with William Waldegrave 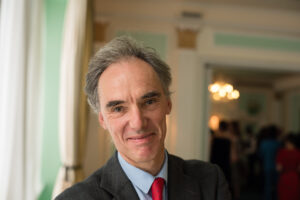 "You haunt me everywhere…I haven’t a corner of my life or my thoughts where you are not.” Edward Burne-Jones

Iconic beauty Frances Graham, Edward Burne-Jones’s adored muse and model, gazes out of his renowned paintings and drawings. Then the most famous artist of his time, Burne-Jones engaged in a battle of wits with Graham over the role of a muse for the last 25 years of his life, inspiring some of his greatest paintings. Ultimately Graham won, leaving Burne-Jones feeling betrayed by her marriage to Jack Horner of Mells.

Frances Graham led an extraordinary life, despite the constraints of being a woman of ambition and imagination in a man’s world. She opened up Horner’s stately home in Mells, Somerset, to artists, politicians, aristocrats and writers from Lutyens and Gill to Asquith and Curzon. Evelyn Waugh finished Scoop at Mells, Siegfried Sassoon explored his Catholicism there and young Donald Maclean stayed en route to the diplomatic service.

In Portrait of a Muse, Andrew Gailey, Vice-Provost of Eton College and winner of the 2016 Elizabeth Longford Prize for Historical Biography, salutes a remarkable woman living in an age on the cusp of modernity.