Previous Event
Event 6 of 37
Next Event 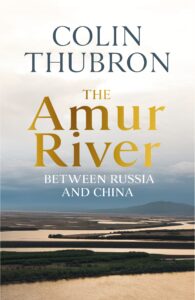 The Amur River Between Russia and China 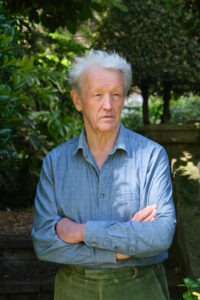 The almost unknown Amur River is the tenth longest in the world, rising in the Mongolian mountains, flowing through Siberia to the Pacific. It forms the tense 1,100 mile border between Russia and China – haunted by memories of land grabs and unequal treaties – the most densely fortified frontier on Earth.

The Amur River traces Colin Thubron’s dramatic 3,000 mile river journey from its secret source to its giant mouth, offering urgent lessons in history and unique perspectives of two of the world’s superpowers. Threatened by injury and arrest by the local police, he follows both Russian and Chinese shores, on Mongolian horseback, hitchhiking, sailing on poachers’ sloops or travelling the Trans-Siberian Express. In Russian and Mandarin, he talks to Chinese traders, Russian fishermen, monks and indigenous peoples. By the time he reaches the river’s desolate end, where Russia’s nineteenth-century imperial dream petered out, a whole, pivotal world has come alive.

A masterpiece by the “Best living travel writer” (Sunday Times), the culmination of a career glittering with honours; Colin Thubron CBE’s prize-winning travel books explore the globe, the Middle East, the Soviet Union, Asia, Siberia, the Silk Road and Tibet and he now comes to Wells.