Previous Event
Event 2 of 37
Next Event 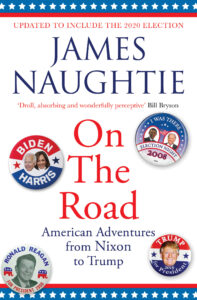 On The Road: American Adventures from Nixon to Trump

In conversation with Jamie Coomarasamy 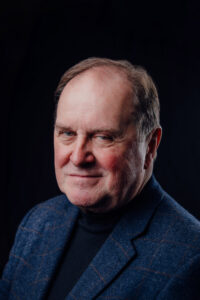 Tickets: On Sale Now
Purchase Book: On The Road
Donate

James Naughtie, leading broadcaster, international reporter and special correspondent for BBC News, shares his fifty-year journey through America – its allure, its contradictions and the strengths and painful legacies that weigh so heavily on its people. This is a story of high drama and hidden encounters, the Watergate scandal, the end of the Cold War, the cultural conflicts around the Clintons, the trauma of 9/11 and the transformational elections of Obama, Trump and Biden.

You will meet the poker fiend who played cards with Lyndon B. Johnson; the nonagenarian Kennedy matriarch at home; presidential candidates in moments of victory and defeat; as well as the powerless and the bemused, like the lonely travellers on a night train from Chicago to New Orleans.

“The rarest of reads, a book that makes you ache to hop on a plane and sample this extraordinary country for
yourself…Sublime stuff.” Michael Simkins, Mail on Sunday

“It is also a love-letter to America but the letter of a lover who is now anxious and concerned about the loved one’s
mental and spiritual health. There is a shadow over the USA, and the heart of America, although it beats with its
previous self-confidence, is trembling.” Allan Massie, Scotland on Sunday