Previous Event
Event 22 of 37
Next Event 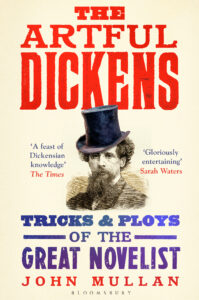 The Artful Dickens: The Tricks and Plays of the Great Novelist

With extraordinary dexterity and a compendious knowledge of the novels, John Mullan celebrates the tricks of Dickens’s fictional trade and will take you on a richly illustrated, intimate journey through Dickens’s storytelling strategies and his vivid world. Wells Literature Festival aficionados will remember the unalloyed pleasure of John Mullan’s 2013 talk on Jane Austen and will look forward to a gloriously entertaining and critically revealing treat in the company of Charles Dickens, one of England’s greatest novelists.