Previous Event
Event 33 of 37
Next Event 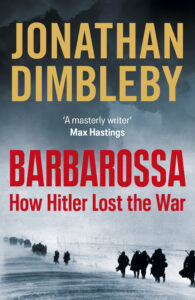 Barbarossa: How Hitler Lost the War

In conversation with William Waldegrave 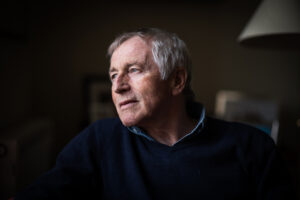 Barbarossa, Hitler’s invasion of Russia eighty years ago, was the largest military operation in history, its aim nothing less than “a war of extermination” to annihilate Soviet communism, liquidate the Jews and create lebensraum for the German “master race”. This six-month cataclysm led to the destruction of the Third Reich; six million killed, wounded or missing and soldiers on both sides committing heinous crimes behind the lines, on a scale without parallel in the history of warfare.

Drawing on new archive material, writer, historian and broadcaster Jonathan Dimbleby recounts both the story of the military campaign and the politics and diplomacy underpinning this epic clash: crucial decisions made across the world’s capitals and bitter struggles on the front lines. He reveals the significance of 1941, when the Soviet Union destroyed Hitler’s chance of realising his demented vision, as the most important struggle of the twentieth century.

“Like a fast-moving juggernaut of horror, Dimbleby’s Barbarossa is a page-turning descent into Hell and back.
Part warning, part fable, but all too true, this fresh and compelling account of Hitler’s failed invasion of the
Soviet Union should be on everyone’s reading list for 2021.” Dr Amanda Foreman