Previous Event
Event 8 of 37
Next Event 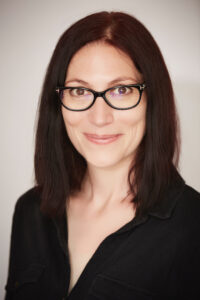 The Greek myths, stories told nearly three thousand years ago, underpin the modern world, inspiring novels, plays, films and art. But who have been the tellers of these myths? For the most part, men, who have shown scant interest in revealing women’s stories, often painting these women as monstrous, vengeful and evil. However, even Pandora – who, according to legend, unloosed chaos upon the world – was no villain, and Medea’s story is more nuanced than generations of retellings suggest.

Following her highly successful, sharp and funny radio series, Natalie Haynes Stands up for the Classics, in Pandora’s Jar Natalie uses a brand new Choose Your Own Greek Adventure show to retell major classic stories in her inimitable, fast-paced style, putting women and men of the Greek myths on an equal footing.

Millennia of stories focus on gods and men: Zeus, Agamemnon, Paris, Odysseus, Oedipus and Jason, but the voices that recount their tales here are those of Athena, Artemis, Eurydice, Penelope, Helen, Medea, Clytemnestra and, of course, Pandora. Their time has come!

“…a brilliant, very funny stand-up comic and passionate believer in the power of classical literature.”
off the shelf