Previous Event
Event 15 of 37
Next Event 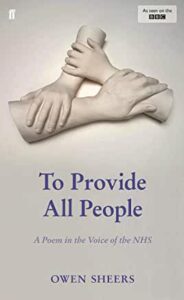 To Provide all People 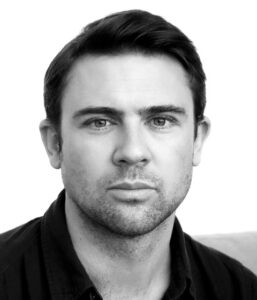 Owen Sheers is an award-winning author, poet and playwright. He is Professor of Creativity at Swansea University and lives in Wales with his family.

Owen’s first gripping novel, Resistance, imagined a future where Nazi Germany conquered and occupied the UK; it was translated into ten languages and adapted into a film. The Dust Diaries, his Zimbabwean non-fiction narrative, won the Welsh Book of the Year and, as a poet, he won The Hay Festival Poetry Medal and, again, the Welsh Book of the Year for Pink Mist. Owen’s film-poem To Provide All People, published by Faber in 2018, marked the 70th Anniversary of the NHS, telling the story of a single day in a single hospital in the NHS; his film-poem, The Green Hollow, was nominated for a BAFTA. Owen’s drama prizes include the Somerset Maugham Award for Skirrid Hill and the Amnesty International Freedom of Expression Award for his play The Two Worlds of Charlie F – a soldier’s view of service, injury and recovery following the war in Afghanistan.

The range of Owen’s imagination and talent is so wide. The Festival organisers were thrilled when he agreed to judge the 2021 Open Poetry competition. Tonight Owen will be reading from a variety of works, old and new, and taking you into the world of his film-poem To Provide All People.