Previous Event
Event 7 of 37
Next Event 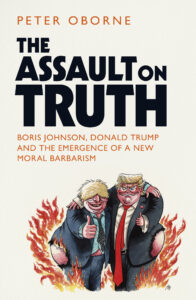 The Assault on the Truth: Boris Johnson, Donald Trump and the Emergence of a New Moral Barbarism 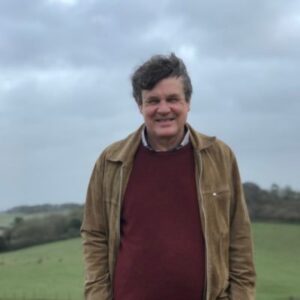 Tickets: On Sale Now
Purchase Book: The Assault on the Truth
Donate

What made Peter Oborne, former admirer and colleague of Boris Johnson, become his most passionate critic? Convinced political falsehood had climaxed under John Major and Tony Blair, the arrival at No 10 of Boris Johnson, described as the most prolific fabricator to emerge in Oborne’s thirty years as a political reporter, forced him to reassess his view.

For Oborne, Brexit, the general election and the woeful response to the pandemic are underpinned by Johnson’s misrepresentations on a scale and shamelessness dwarfing the alleged lying about Iraqi weapons of mass destruction under Tony Blair.   The government’s ruthless use of political deceit comprises part of a wider attack on Western civilised values and traditional institutions, especially by Trump. Oborne thinks the Johnson and Trump methodology of deceit is about securing power for their own ends – even shrugging off exposures of lying as matters of no consequence. This matters because all Western institutions, the rule of law and democracy depend upon respect for truth, integrity, fairness and accountability. Thus an assault on truth is an assault on the law, our institutions and democracy itself.

Peter Oborne is an award-winning journalist, broadcaster and writer for The Spectator, Daily Mail, The Daily Telegraph, Middle East Eye and Byline Times.