Previous Event
Event 12 of 37
Next Event 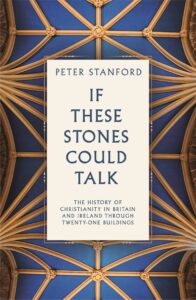 If These Stones Could Talk: The History of Christianity in Britain and Ireland through Twenty-One Buildings 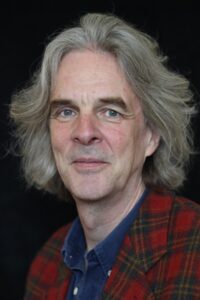 Tickets: On Sale Now
Purchase Book: If These Stones Could Talk
Donate

The UK’s parish churches, chapels, cathedrals, convents, abbeys and monasteries, spanning 1,600 years, are a spectacularly rich heritage, comprising 45% of all Grade I listed buildings in the country. Many are visited for their architectural and aesthetic qualities but rarely is their deeper history explored and combined into a single narrative in our sceptical, secular times.

Peter Stanford tells that elusive story – the chronicle of Christian faith as it made its way into and through the British Isles – and how it has been expressed in our real, material ways of life. This is a unique history of Christianity in the British Isles, told through its sacred buildings – from ancient, wooden churches to lofty cathedrals.

Peter Stanford is a biographer, television and radio presenter and feature writer for the Daily Telegraph, Sunday Telegraph, Observer and the Tablet. He explores the history, theology, enduring appeal and cultural significance of religious ideas. His books include: Angels: A History; Judas: The Troubling History of the Renegade Apostle and The Devil - A Biography, plus the polemical Catholics and Sex, later an award-winning Channel 4 series.