Previous Event
Event 35 of 37
Next Event 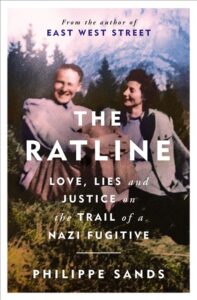 The Ratline: Love, Lies and Justice on the Trail of a Nazi Fugitive 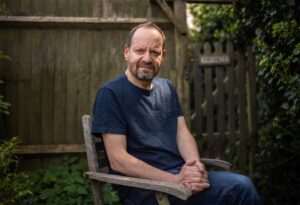 Spies, cold war, love, bishops, sex and lies – a true account of life on the run for leading Nazi, Otto von Wächter, indicted for mass murder in 1945 for the killing of hundreds of thousands of Jews and Poles, including Philippe Sands’s family.

Hunted through Austria by the Allies and Jewish groups, sheltered in Rome by a Vatican bishop, Wächter waited for the Ratline to Argentina. Letters to his wife describe life among early Cold War American and Soviet spies. The Ratline explores the mystery for Wächter’s child. If, as his son believed, his father was a good man, why was he hiding? What was he doing and ultimately, how did he die?

International human rights barrister Philippe Sands has participated in cases in international courts including Yugoslavia, Iraq, Rwanda and Guantanamo. He forces readers to consider the meaning of justice and evil, and how we deal with the sins of our parents.

“…. an astounding journey of discovery and a terrifying and timely portrait of evil in all its complexity,
banality, self-justification and madness. A stunning achievement." Stephen Fry