Previous Event
Event 32 of 35
Next Event

The Real and the Romantic: English Art Between Two World Wars 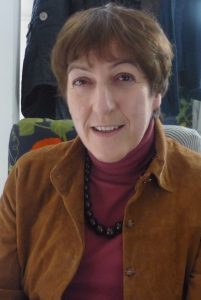 Tickets: On Sale Now
Purchase Book: The Real and The Romantic
Become a Friend

The period between the commemorative atmosphere marking the end of WW1 and the darkening mood preceding WW2 was a rich one for art, and the 21st century has seen a renewed surge of interest in the work of this fascinating time. Women artists have come to the fore, while familiar names – Paul Nash, Eric Ravilious and Stanley Spencer – have been discovered by fresh new audiences. High-profile exhibitions have attracted record-breaking visitor numbers and challenged received opinion. Frances Spalding, a leading authority on 20th-century British art, captures the creative excitement of this period magnificently.

Spalding’s books include acclaimed biographies of Roger Fry, Vanessa Bell, John Minton and Duncan Grant. In 2005 she was made a CBE for Services to Literature.