Previous Event
Event 2 of 35
Next Event 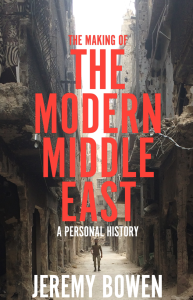 The Making of The Modern Middle East: A Personal History

From the first Gulf War, through the invasion of Iraq, on to the Arab Spring, the conflict in Yemen and the rise and fall of the Islamic State, Jeremy Bowen has witnessed endless wars between individuals, religious groups and states, all jostling for military, political or economic power.

He has met people on the front line and explored the motives of benign and brutal leaders. Explaining the political, cultural and religious differences between countries as diverse as Erdogan’s Turkey, Assad’s Syria and Netanyahu’s Israel, Bowen shows how this complex region evolved and what the future may bring.

BBC Middle East editor since 1989, Bowen has this year added Ukraine to his area of expertise.