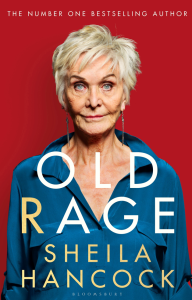 Funny, feisty and honest, Sheila Hancock makes for brilliant company as she talks about her life as a daughter, sister, mother, widow, and one of our best-loved actors. Now in her ninth decade, she looks at a world very different from the wartime world of her childhood. And yet – despite age, despite rage – she finds there are always reasons for joy.

Highly regarded and hugely popular, Sheila has had a brilliant career spanning film, television, theatre and radio. She received an OBE for services to drama back in 1974 and a CBE in 2011. She has directed and acted for the Royal Shakespeare Company and the National Theatre, and we are honoured that she will be opening our 30th Anniversary Festival.